A Trick of the Tongue 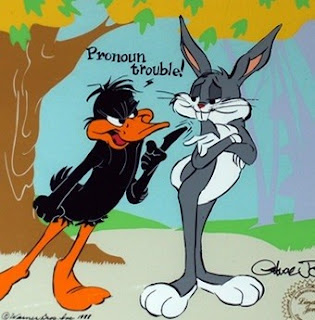 The Readings for Tuesday in the 7th Week of Easter:

Paul was aware that some were Sadducees and some Pharisees, so he called out before the Sanhedrin, "My brothers, I am a Pharisee, the son of Pharisees; I am on trial for hope in the resurrection of the dead." When he said this, a dispute broke out between the Pharisees and Sadducees.

St Paul is a seed of dissension in the Sanhedrin rather than a source of unity. Jesus said of himself, "I came to bring a sword rather than peace... to kindle a fire on the Earth." It sounds as if St Paul is taking this role upon himself in this trial. See: when you preach the gospel, when you spread the kingdom, the entire purpose of your life is to do your mission. Other things must become tools for that purpose, means to that end. Paul speaks here not only the truth, but the truth in such exactly a way that it causes tension. Yes, he's on trial for the resurrection of the dead, but he's here about the Resurrection of Jesus, not the general resurrection. What we have here is pronoun trouble. This is one of my favorite scenes in all of the New Testament!

With that trick of the tongue, that double entendre, a violent, sectarian argument breaks out and Paul is suddenly whisked away to safety, leaving the elders to argue amongst themselves in an argument that continues until this very day. It's funny: This playing of the Pharisees against the Saduccees is how the Gospel is spread. In the safety of his cell, Paul is given the mission for the rest of his life:

The following night the Lord stood by him and said, “Take courage. For just as you have borne witness to my cause in Jerusalem, so you must also bear witness in Rome.”

In Rome as well, standing before Nero, Paul's entire modus operandi is not to score courtly or rhetorical points with Caesar, but rather to spread the Gospel. By the time Paul dies there are Christians in Nero’s own house. The seeds were planted for the final victory - but that looks nothing like what the world thinks of as “victory”.

Jesus told us to be as innocent as doves and as wise as serpents. This is what he means. This world game, this world's rules, this world's entire system is set up like a three-card Monte table that only the Church can beat. Everybody else will lose if they try: everybody else will lose their souls. If the Church stands up and takes the system by the reins she can steer the whole thing to heaven. They won't like it. That's their problem. They mightn’t like the process too much, but they will love the ending.

St Paul shows us what should be the Christian’s attitude towards politics - both secular politics and religious politics. When dealing with unbelievers or a secular State the outcome is irrelevant in terms of worldly victory. The entire purpose is to spread the Gospel. We can never lose sight of this end: Preach the Gospel to all gentiles. That's the only purpose of our life! We can have as much fun with the system as we care to have since the world's system there for our purposes and not for their vainly imagined purposes. In the Incarnation, God changed the rules of play without changing the field of play. The way to eternal life, to love, to peace, lies exactly in what the world, the flesh, and the devil thought of as the Path to Destruction. Now we die to live and we sacrifice to have.

(We must be careful in the system called “Democracy”: for what we think of as “the Christian vote” often comes at the price of “The Christian Soul”. The world system is not there to do our work for us. We cannot legislate (or elect) the Kingdom. I would honestly rather live under a dictatorship than to go even once more through the sort of electoral choices we’ve had since my childhood. It would probably be better for the Church’s mission, too. That's my own opinion, but I think the strength of the faith coming out of formerly Soviet Russia, compared to the faith in the "free" West will hold up my point. Even thus, some may call me "unChristian" because I'm being "Unamerican.")

There is a flipside to this. The men of the world play this game for pointless markers: political victories, secular power, money. The Church plays this game for the salvation of souls and must pay with the lives of her people. We are configured to die like Jesus did. It’s possible the only way to get your neighbors into heaven is to let them see you give your life in love for your spouse and children. It’s possible the only way to raise your children in the faith is to stay at home, cut the family income in half so that they can be properly raised in the faith. We have to give up on all the counters of the world’s success. When we do that, we win. This is the flip side of Tertullian’s recognition that “The blood of the martyrs is the seed of the church.” The world’s system is the plaything of the church: even when it thinks it’s doing us harm, by God’s grace we win. When science-ists lash out at Bishops on YouTube, people have to go listen to the Bishops’ videos. When Senator Kamala Harris said that the Knights of Columbus were a rabid fringe organization she sparked hundreds if not thousands of men - including your host - had to go look into the Knights.

This is how we have to make choices in the world. As long as we direct our lives to the End assigned to us by God, the other things will fall into place. As the Psalmist says “I have never seen the children of the just begging for bread.” Of course, you've often seen people begging and one must assume that some of them are Christians, right? However, the Psalmist means that God takes care of us. “All things work for the good of those who love the Lord,” says St. Paul elsewhere. And again, “Nothing can separate us from the Love of God in Christ Jesus.”

The whole point of this is that where Jesus is we may also be... and we want, pray, and work to bring as many others with us to that point with us as we can.
Posted by Huw Richardson at 8:19 PM